CANmaster control system
Sweeping of streets and other paved surfaces - with precise control from Hydratronics.

Street sweepers for efficient cleaning of large surfaces. For example used at many of Europe's airports where they keep the runways clean from grit and rubber residues. During winters, the machines also collects and recycles the liquid used for de-iceing aircraft wings.

Hydratronics’ delivery comprised a complete control system for propulsion of the machine as well as control of the vacuum unit and all its functions. 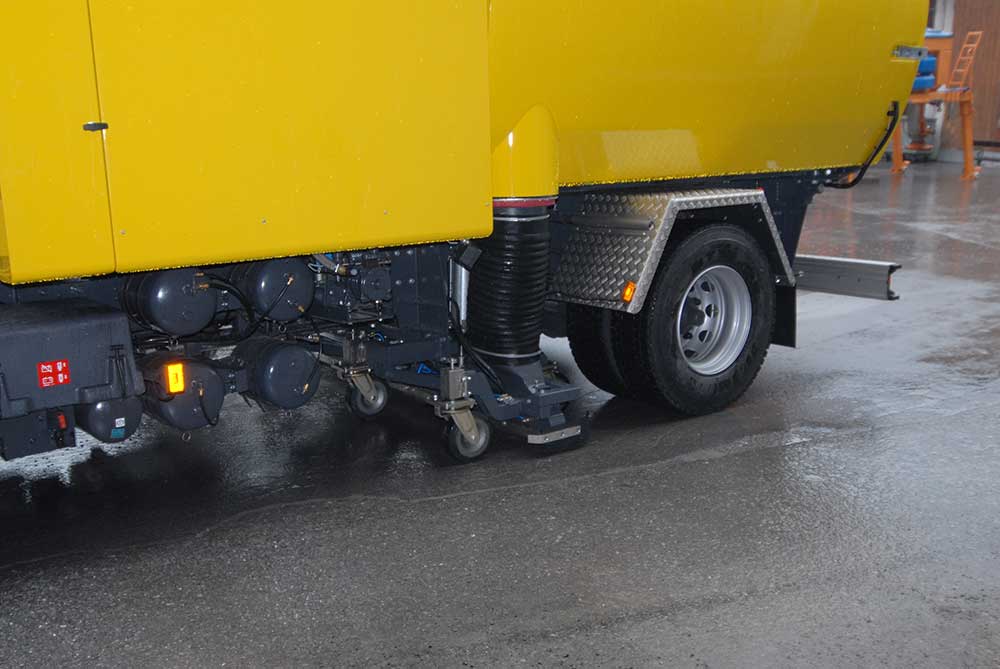 The system can quickly be adapted to suit the end user’s needs. For example, we have today this system mounted on trucks from all major manufacturers where diesel engine, gearboxes and other functions are controlled via J1939.

Cranes that get the job done in any weather - with an integrated weighing system to prevent overloading.

More about this case
Recycling

Flexible and reliable handling of scrap metal for recycling - with control systems from Hydratronics.

More about this case
Tiltrotator

Higher productivity and greater flexibility - with tiltrotators controlled by Hydratronics.

More about this case
Control of hydraulics

Surprisingly flexible development of control for all kinds of hydraulics.

More about this case

Want to know more about our control systems?